The Ivy League colleges have done an experiment that dramatically reduced the number of concussions during a kickoff, considered to be the most dangerous play in American football. The results were reported in the Journal of the American Medical Association. The results were so dramatic that the NCAA (National Collegiate Athletic Association) changed kickoff rules for its college games in 2018 after considering the Ivy League data. It is likely to be considering adopting the Ivy League rule change for all NCAA college football.

The kickoff return is dangerous because both the offensive 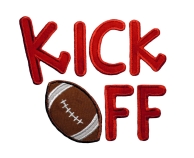 and the defensive teams often have the time and space to build up speed before a tackle is made. Kickoffs account for about 6% of the plays in a football season, but they are responsible for 21% of the concussions. The NFL (National Football league), which sanctions the most prominent professional football, considered doing away with the kickoff altogether. In 2016, the coaches of the Ivy League college teams agreed to an experiment that minimized the runback by moving up the kickoff line 5 yards from the 35-yard line to the 40-yard line. This change led to more touchbacks, where the ball is kicked into or beyond the end zone. As a result, there were fewer runbacks.

While this is an important improvement, the question remains: Why is anyone allowed to play a game that results in so many concussions and hits to the head? (Full story) 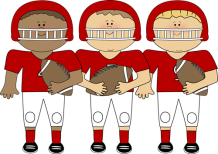 A high school football team from Moncton, New Brunswick, Canada, forfeited its game after nine players left the game with possible head injuries. The coach took the precaution of having all players checked at the hospital. Before going to hospital, four players had already displayed symptoms of having a serious concussion (nausea, vomiting), and they still showed symptoms two days later when the article was written.

Illegal hits were not the problem, but the violence of football became even more obvious when the forfeiting team was clearly outmatched by its opponent.  The score was 35-0 about halfway through the game.

It is now known that players of US and Canadian football have a high risk of developing a brain injury, and the problem is particularly serious for youth, with their still-developing brains.  Concussions are the most obvious brain injury, but the multiple subconcussive hits common in US and Canadian football can also lead to brain damage, which may not become apparent for several years.  A highly-cited research paper in the Journal of the American Medical Association showed that the degenerative brain disease CTE (chronic traumatic encephalopathy) was found in a low but significant fraction (21%) of players who only played football through high school. CTE was more commonly found (>90%) in the autopsied brains of players who played professionally or only through college. Even with a possible bias in the brains studied, the findings are alarming. As a result of the new knowledge, some players are retiring early (1,2), and parents are becoming concerned. (1. Full story and 2. my radio interview of Cyndy Feasel, Mary Seau, and Debra Pyka, all of whom lost a loved one to football)

Joe Namath Speaks OUT About Brain Injury and Football

Joe Namath, former star quarterback for the New York Jets and football legend, said that, now knowing the sport’s likely danger to the brain, he wouldn’t have played football.

Namath’s wake up call happened when he saw a problem with his brain in a brain scan. It revealed that the right side was not getting enough oxygen, whereas the left side was normal. He was worried about the several concussions he had had, but he thought his growing forgetfulness was caused by old age.

(1-hour sessions, 5 days a week) in a hyperbaric chamber, in which he was subjected to a high pressure of oxygen, a new scan indicated that both sides of Namath’s brain were normal. (Full story 1 and Full story 2 – with video)

You’ve probably heard of Kosta Karageorge, the senior on the Ohio State University football team who apparently committed suicide. He enjoyed hitting his opponents. He had several known concussions, and probably several more that were unreported. It’s now very clear that concussions injure the brain. Kosta complained about his concussions in his last text message to his mother, saying “…but these concussions have my head all f—ed up.” His tragic case is still being investigated, but because he played on a major football team and because he had a history of brain trauma, his case has highlighted the need to know more about concussions and the need to better protect players, particularly young players, whose brains are still developing. (Full stories 1 and 2)

Both the National Football League (NFL), a league of professional players, and the National Collegiate Athletic Association (NCAA), a national organization that oversees most college football, have settled class-action lawsuits about concussions. (The NFL settled for $765 million, and the NCAA, for $70 million, but judges are likely to rule that more is needed.) High school football is not regulated by a national organization, but rather by the individual states. Now the first class-action lawsuit has been filed against the athletic association of a state – Illinois. The attorney is the same one that filed the NCAA lawsuit. This is the first lawsuit for high school football, and the attorney believes that high school athletic associations need to be sued in every state to affect the sport nationally. He is representing a former high school quarterback who suffered several concussions. The objective of the lawsuit is to make the sport safer. (Full stories 3 and 4)

A star high school football player has written a poignant essay about why his concussion landed him in the hospital fighting for his life. He definitely enjoyed being one of the “elite,” but now he writes that football wasn’t worth shattering his life and dreams (“…was playing football worth it? The answer is no. Not by a long shot”). He hopes to warn other youths of the incredible danger. (Full story)