America loves football, but the National Football League (NFL) fears a new movie that will be released on December 25, 2015. Team owners in the NFL are already preparing their responses to the movie, “Concussion.” 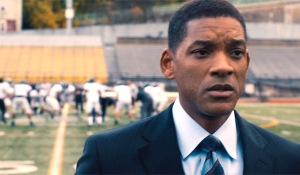 There are a lot people who believe that football cannot survive, including George Visger, a former NFL defensive lineman for the San Francisco 49ers. His comments can be heard in my interview of him two weeks ago during my radio show, “Another Fork in the Road,” on the Brain Injury Radio Network. A rookie linebacker in the NFL resigned after one year of play over fear of brain injury. Already there is a 2.2% decline in participation in high school football, including an even higher rate of decline in Texas, which has led the nation in football players for two decades. One elementary school banned tackling and instituted flag football, to no objections. As more and more parents become aware of the risk of contact sports to the human brain (some will because of this movie), the rate of decline in youth football will increase, and the pool of talented NFL-bound athletes will get smaller. (Full story and trailer)

Rookieauthor
Thoughts From A Complex Mind

Helping others understand mental health in a unique way

The long and winding journey after loss

It contains the world best places and things.