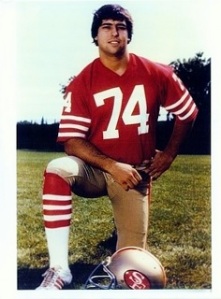 1. What is your name? (last name optional)

2. Where do you live? (city and/or state and/or country) Email (optional)

I was first injured – had surgery – at age 22 during the 1981 Super Bowl season with the San Francisco 49ers.

I had a number of concussions throughout my 12 years of playing organized football. My first serious concussion occurred at age 13, during my third year of Pop Warner. I was hospitalized on that one. My final, and most severe, concussion occurred in 1980 against the Dallas Cowboys. I suffered a major TBI in the first quarter, yet I never missed a play by the use of over 20 smelling salts during the game (or so I was told later in the week when my memory returned). I also never missed a practice. Several months later, early in the ‘81 season, I developed hydrocephalus (water on the brain) and underwent emergency VP (ventriculoperitoneal) shunt brain surgery at Stanford. I have since survived nine emergency VP shunt brain surgeries, including five in a nine-month period in ‘86-‘87 while completing my Biology degree. I have also had several gran mal seizures, and I have been on anti-seizure meds for over 30 years.

5. When did you (or someone) first realize you had a problem?

I realized I had a problem during the ‘81 season. I developed major headaches and projectile vomiting. I saw balls of light in front of each eye each night. The team doctors diagnosed me with high blood pressure and prescribed diuretics for over two weeks, until I suffered focal point paralysis of my right arm. The team doc diagnosed me in the locker room with a brain hemorrhage. I drove myself to the hospital, where I underwent emergency VP shunt brain surgery.

6. What kind of emergency treatment, if any, did you have (e.g., surgery,

I have had nine emergency VP shunt brain surgeries since then. They drilled a hole in my skull and installed a permanent drain tube, which runs to a pressure valve in the back of my head. They plumbed that to drain into my abdomen. I am also on Lamictil for seizures.

Nine months after my first shunt surgery, the shunt failed while I was fishing in Mexico with my brother. It took him a day to get me home, and I was in a coma from the pressure on my brain. I had two more brain surgeries ten hours apart and was given last rites. I was 23 at the time.

8. Did you do rehab? What kind of rehab (i.e., In-patient or Out-patient and Occupational, Physical, Speech, Other)?

I was never offered rehab. In fact, I was forced to sue the 49ers for Work Compensation just to get my second and third brain surgeries paid for. Until now, it was brain surgery, out the door, and “See you next shunt failure.” I did use Vocational Rehabilitation Services when I returned to school in ‘86 to complete my Biology degree. But, I was on my own to rehab after each of the five brain surgeries that I had while finishing my degree. I discovered B.R.A.I.N. (Brain Rehabilitation And Injury Network) founded by Sue Rueb in Cypress, CA, last year while speaking at a TBI conference. I literally moved there last August to get daily treatments – first treatments I have ever had. I do neurocognitive therapy and Yoga therapy, and I counsel other TBI survivors, which helps me as well.

How long were you in rehab?

I’ve been rehabbing since August 2013.

9. What problems or disabilities, if any, resulted from your TBI (e.g., balance, perception, personality, etc.)?

10. How has your life changed? Is it better? Is it worse?

I completed a Biology degree in 1990 at age 32 after eight brain surgeries, and I followed my second dream to be a wildlife biologist. I have never let my injury define me, and I thank God for it. I wouldn’t be where I am now had I not been injured. But recently, things have begun to spiral out of control. I lost my environmental consulting business (Visger & Associates, Inc.) in 2009, and I lost our house in 2011. My wife of nearly 19 years, and the mother of my children, and I are going through a divorce. It’s been too much for her.

11. What do you miss the most from your pre-TBI life? 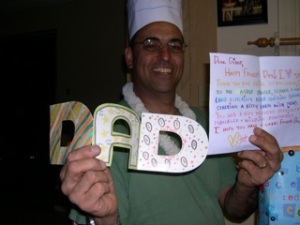 I miss my family. I miss being The Giant – the guy who “could do anything,” as my wife used to say. I miss being able to remember things. I literally do not remember numerous out-of-state bow-hunts, months of my life, kids’ activities, etc.

12. What do you enjoy most in your post-TBI life?

I enjoy being able to use my injuries to help others. I feel it is my God given mission in life now.

Loss of my marriage

14. Has anything helped you to accept your TBI?

I’ve been helped by my belief that God has a plan for me and that “something good comes out of everything.”

15. Has your injury affected your home life and relationships and, if so, how?

It has destroyed my marriage, and I lost my ability to provide for my family.

16. Has your social life been altered or changed and, if so, how?

Social activities were impacted, as I liked to drink back in the day. Now the only impact is that I will forget to attend a social outing. I have never been embarrassed about my injuries. I’m just as goofy now as I was before my injury.

17. Who is your main caregiver?

I was single until my late 30’s, and I have been my main caregiver ever since. My mom stepped in for a few days during surgeries, and my older brother, whom I worked with, kept an eye on me. My wife has done what she could over the years, but she has never been through a surgery with me.

Do you understand what it takes to be a caregiver?

I understand better than most what it takes to be a caregiver. I also understand what caregivers go through. I call it the “Ripple Effect.” My family members and caregivers have taken a worse beating from my TBI than I have. It is much harder on our loved ones than it is on ourselves.

18. What are your future plans? What do you expect/hope to be doing ten years from now?

I founded The Visger Group – Traumatic Brain Injury Consulting in 2010, and I have spoken all over the country. I coordinate directly with the NFL on rule changes to reduce TBIs in football at all levels. I have spoken at congressional hearings, conduct motivational talks at schools and businesses, and currently am working with our veterans suffering from TBI. I am also suffering from frontal lobe dementia, and I hope to kick a few butts and rattle a few cages while I can, in hopes of changing the way the medical field treats TBI survivors and families. In ten years, I expect to be working with government agencies, our military, academics, and sports leagues. I plan to be leading and speaking at TBI-recovery groups.

19. Are you able to provide a helpful hint that may have taken you a long time to learn, but which you wished you had known earlier? If so, please state what it is to potentially help other TBI survivors with your specific kind of TBI.

In football, there is a saying: “Short, Choppy Steps.” If you over-stride, it’s easy for someone to knock you on your butt. You want to keep your butt down, your head up, and take short, powerful 12-inch strides. Forget about breaking long touchdown runs. Get the little things done each day, and you will reach your goals. If a football team only got four yards each play – no more, no less – they would never lose a game. Think about it. They would get a first down every three plays, and they would score every time they had the ball. Life is no different. You need long-term goals for sure: score a touchdown, win the game, win the Super Bowl. But, you will NEVER get there if you don’t get your four yards a carry. We sell wrist bands on our website (www.thevisgergroup) that say “Short, Choppy Steps” and another one we give to coaches and players that says “Use your head, DON’T use your head.” Focus on small daily victories, and you’ll win the game.

20. What advice would you offer to other TBI survivors? Do you have any other comments that you would like to add?

Keep in mind everyone has a cross to bear. Carry your cross; don’t let it carry you. All of us TBI survivors have a lot to give to everyone. Turn your negative into a positive and touch people’s lives. Focus on your positives. Work hard, and put it in God’s hands. It will all work out.

That’s all anyone can do.

You can learn more about George Visger on his blog and these YouTube videos.

George Visger Blog – Life Before and After Football

George Visger talks about his life in these videos:

Do Helmets Give Football Players a False Sense of Safety? 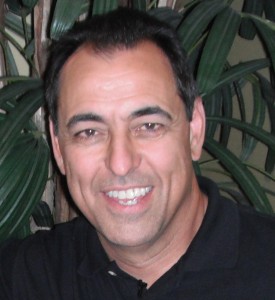 Would This Retired NFL Player Do It Again?

Thank you, George, for taking part in this interview. I hope that your experience will offer some hope, comfort, and inspiration to my readers.

(Disclaimer: The views or opinions in this post are solely that of the interviewee.)

If you would like to be a part of this project, please go to TBI Survivor Interview Questionnaire for a copy of the questions and the release form.