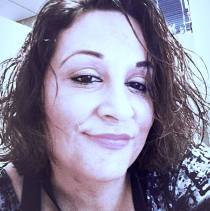 March 21, 2012, is a day that changed my life forever. It started off like any average day. I got up and went to work. Mike was asleep when I left. I called him around 8:30 that morning to let him know I wouldn’t be at my desk, in case he tried to call me. He sounded fine. Then, just by chance, I happened to be at my desk at 10 am when my phone rang. It was Mike … telling me he was having a stroke.

By the time I got to the house, the ambulance was there. Mike was awake and reaching for me. I didn’t think it was too serious because Mike was alert and talking. But, by the time we got to the hospital, that had changed. The doctor informed me that Mike had a huge blood clot near his cerebellum, and he had to be life-flighted to another hospital because he was too critical to stay at the one he was at.

I had to sign papers for life-saving brain surgery. Mike was in a coma for ten days. We didn’t know if he would wake up, and, if he did, what condition he would be in. When he “woke up,” Mike wasn’t anything like the man I married. He stayed in the hospital for another month, and then he was transferred to a nursing home.

Those days were some of the darkest in my life. They treated Mike as if he were a hopeless case. I wonder what would’ve happened to him if I hadn’t been around.

He was tube-fed, couldn’t speak (he wrote instead), and couldn’t walk. He was totally helpless. Plus, he was battling infection after infection. I didn’t think things would ever return to normal.

Fast forward to January 2017 – almost five years post stroke. Mike passed his barium swallow test, and he is having his G-tube removed! He is walking almost unassisted! He is talking! I told Mike, “You are an inspiration. You give hope to people who have lost it, you have renewed hope for people who are about to give up, and you keep hope alive for people who are just starting this long journey.”

Mike wants everyone to know – DON’T EVER, EVER, EVER GIVE UP. No matter if it’s been five, ten, or fifteen years. Keep hope alive! Mike did, and look how far he has come!