Brain Injury is NOT Discriminating! 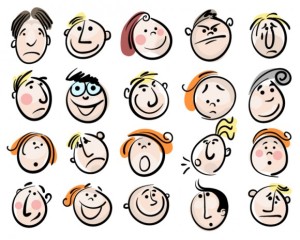 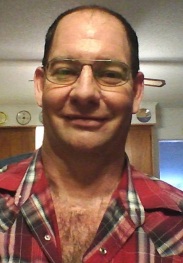 It has been just over thirty years since I had my traumatic brain injury (TBI) in November 1985. I remember nothing of the accident at all. What I say of the accident is what I learned after the fact. I had the paddles put on me before I got on the helicopter to fly to the larger hospital in St. Louis. The doctors even told my parents they were removing me from Intensive Care to make room for someone who might live. I was in a coma for fifty days. I spent over ten months in the hospital. I was in a wheelchair for one and a half years. And, I had seven summers of surgery to make it to where I can now walk with a cane.

I have severe memory problems. My short-term memory was, and still is, bad. I had been having what I called “spells,” during which I would get a feeling like a chill in my spine. My parents noticed the staring while I was in the hospital. The doctors took me off seizure medicine because they did not believe I was having seizures. I know those spells increased in frequency after that. I could go days with no spells, but other days, I could have hundreds. They usually seemed to last a few seconds, but Mom thought they sometimes lasted longer.

As the spells increased, the feelings I had changed too. I began to notice a feeling like I needed to have a bowel movement, but I never did that, I remember. I would get extremely hot, and sometimes the sweat would just pour out of me for a few seconds. Mainly at night, I would wake with a spell and have a horrible taste in my mouth. After I got my license back, I sometimes had these spells while I was driving. I could have them in class or while I was watching TV or walking or sleeping – it did not matter. I never noticed anything that triggered them. Four years after the accident, in my sleep on New Year’s Eve night 1989, I had a tonic-clonic (grand mal) seizure. It was determined that the “spells” were petit mal seizures. Treatments finally began for traumatically incurred epilepsy, which the doctor finally said I had.

After I started on medication, the spells decreased dramatically. I would still have one, and my neurologist would increase my dose. That helped for some time, but the spells never stopped completely. Even though I had severe memory and physical problems along with the seizures, I managed to get two Associate Degrees over nine years. However, because of my memory problems, I failed to get my Bachelor’s Degree. I started working with my last degree, but the stress was too powerful to maintain the job. I had many jobs though, mainly contract jobs without benefits.

I began to have blank spells. Maybe I had them before, but I never remembered them or realized it. Why I knew I had them was because I was driving again and I would have an accident in which I hit someone in the back end. I would come out of any blank spell immediately, but I never remembered what had happened, other than that I hit someone. I figured that they hit the brakes quickly in rush-hour traffic and I could not stop.

Over the years, I would have an accident every year or two. Finally, I realized that, before each accident, I had that strange feeling also. So, then I knew what the real cause of the accidents was. After fifteen years of work, I lost my job. I moved in with my parents again. The new neurologist started me on a second medication, and that helped. It did not stop the spells though. 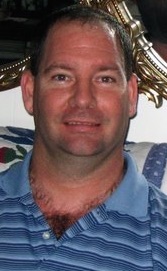 I moved again and got another neurologist. She put me on two more medicines. One was the same brand, just a different strength. That medicine with such a heavy dosage made me have mood swings sometimes. Altogether, it was over twenty-two years after treatment began and twenty-seven years after the accident before the right mixture was found and I felt in control again. I moved back in with my parents again in late 2014. I helped my parents the best I could with my three hospital stays and two operations. I drove my dad for cancer treatments before his death in September 2015. I am with my mom now. We help each other during the grieving process.

I hope my story serves as a source of strength, encouragement, and determination for others with TBIs to never give up. I was never supposed to live! If I did, they said I would be no more than a being in a chair, unable to do anything for myself.

I am writing my story, I drive, I went to college, I got two Associate degrees, and I worked for fifteen years. There is so much more, but anyone who reads this story should know that anything is possible. You may not accomplish as much as I did, or you may accomplish more. Just know that you should never give up on yourself. Feel proud of your body. If they had been in your shoes, they could never have done what you did, and that is to survive! Be proud!