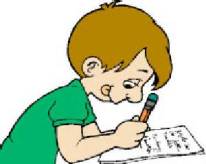 Christmas 2001 my wife and I were plunged into a parent’s worst nightmare – a car accident resulting in our teenager’s traumatic brain injury.  After a month long coma, he gradually emerged with severe and disabling cognitive, emotional and physical deficits.

Eight months of grueling hospital therapies and the school district agrees with the hospital – Bart is not ready to return to class and would be better served by placement in an institution. We railed against warehousing our 17-year-old son in a convalescent home and fought time and again to win Bart a chance to struggle, heal and progress.

We were determined to keep the bar up, set with difficult, but attainable, goals, and then raise the bar again and again. Who knows for sure how far anybody can go? It takes a little faith. These officials were not mean-spirited so much as driven by economics and statistical models of probable outcomes, without taking into account the character of the boy or his family.

We began exploring nonconventional therapies, cobbling together an unofficial “medical board” of trusted physicians. “Members” didn’t know each other or that they served on a “board.” If we found a promising therapy, we’d ask each of them whether it might do any harm. Some exciting approaches failed this Hippocratic test. Eventually we tried several therapies. Though harmless, some proved useless too. Others, including hyperbaric oxygen (HBOT), craniosachral therapy (CST), neurofeedback and high doses of Omega-3 fish oils, were remarkably successful, gradually transforming Bart’s life prospects. Successes were anecdotal, but a neuropsych exam several years after the accident reported that the examiner had hardly ever seen such improvement in someone so severely injured.

Today, with high school and even a semester of college under his belt, and a couple of years of cognitive therapy, Bart is a lively, charming young man, living nearly independently in his own apartment. How different the outcome had we heeded the advice of well-meaning busy bureaucrats. Brain injury is far and away the leading cause of death and disability in young people. It leaves roughly 2% of the population permanently disabled, yet remains a stubbornly invisible epidemic. With the controversy surrounding concussions in sports and TBI, the signature injury of this generation of wounded warriors, that may be finally changing.

TBI will remain a tragic legacy of wars in Iraq and Afghanistan for a lifetime. According to the Woodruff Family Foundation Remind.org, there are 320,000 TBI survivors among combat veterans. Today the elements of the VA and DOD are experimenting with HBOT for severely wounded warriors. Sheer weight of numbers presents a unique opportunity to improve outcomes for survivors, military and civilian.

Like other nonconventional therapies that helped Bart, HBOT is relatively safe, inexpensive, easy to deploy and scalable. For the cost of a couple of F-16 fighters, one could outfit and staff 300 TBI treatment centers in existing VA and DOD facilities around the country. Technicians and therapists can be trained to deliver HBOT in months, not years; medics, corpsman, LPNs, and EMTs are all suitable candidates. As an alternative to setting up centers in VA facilities, one might issue vouchers directly to veterans’ families. Private clinics should spring up to meet the demand.

After wounded veterans have been treated, centers could migrate to the civilian sector, helping the wider fellowship of TBI survivors, most of whom have no access to these treatments. Thousands might leave nursing homes, cut back on their meds and live more fulfilling lives. Nothing we could do for so little could ease the suffering of so many.

Scientific proof is still the gold standard in medicine, but in its absence what risk is there in trying alternative therapies with well-established safety records? (Divers have safely used HBOT to prevent the “bends” for 200 years.) Of course, nothing is 100% safe and effective, not even aspirin or acetaminophen. In much of Europe, HBOT is already standard treatment for TBI. The obstacles to adoption here seem to be more bureaucratic – doctors, hospitals, the FDA and insurers have yet to sort out reimbursement protocols.

For survivors of severe TBI, unconventional therapies are not merely a reasonable option, they are a necessity. Best practices of conventional medicine only take us so far, often ending at the nursing home door or heavily medicated at home, facing long empty hours and overwhelming family resources. Survivors are already more susceptible to a number of conditions, including Alzheimer’s, Parkinson’s, suicide and subsequent TBIs. To do nothing – to ignore safe alternative therapies – is to make a decision fraught with risk. Faced with this existential dilemma, we chose to try for a better outcome. Military families of wounded heroes, who have already sacrificed so much, deserve no less. 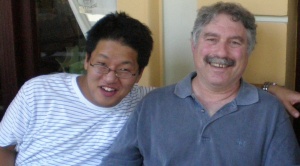 Joel Goldstein, author of No Stone Unturned: A Father’s Memoir of His Son’s Encounter with Traumatic Brain Injury, Potomac Books, has written about TBI for Exceptional Parent, Brainline.org, Adoption Today, and Military Special Needs Network. To learn more or to contact Joel: www.tbibook.com. 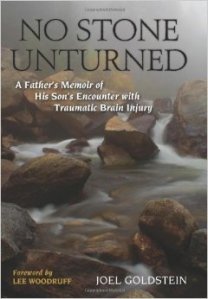 Disclaimer:
Any views and opinions of the Guest Blogger are purely his/her own.

In an Instant: A Family’s Journey of Love and Healing

Lee and Bob Woodruff wrote “In an Instant: A Family’s Journey of Love and Healing.” It’s a book about Bob, a news corespondent for ABC News, the TBI he received while on assignment in Taji, Iraq when a bomb struck the tank in which he was riding, and his journey to regain his life. It’s a love story about Bob and Lee and their children and how they pieced together their lives after his traumatic brain injury.

One of the mediators of a Traumatic-Brain-Injury group to which I belong posed a question to all the members. She asked – What makes YOU happy, deliriously happy, sing-out-loud 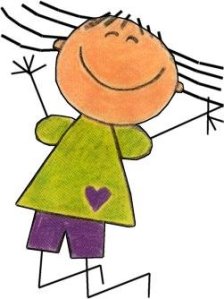 happy, dance-in-the-rain happy? It’s a question not often asked of us caregivers.

I thought for a second. That’s easy. Then my fingers flew over the keyboard as I typed my answer. But, before I hit the “Send” button, I stopped. I thought again. I let the idea roll around my brain for a few moments and reconsidered the question. What makes YOU happy, deliriously happy, whoop-to-the-moon happy? Was this a trick question?

I knew what would make me over-the-top happy. That would be for my husband, David, to be better – for me to wake up one morning and see him walk and run and drive again, hear him talk without his raspy voice, and never again fear that he will aspirate his food. Yes, that would make me crazy-happy. But, I knew that was not what she meant. I can almost guarantee that every one of us caregivers would have offered a version of the same answer. And, then her question would have become rather boring.

I considered some possibilities. I know many women take solace in going to the salon, to be pampered – a new haircut, a mani/pedi, a spa day with massage and facial. But for me, those are chores. In fact, I did do a mani/pedi today, and I couldn’t wait to get out of the salon. I know! Most would think I’m nuts. So, I pondered a while longer. What would make me gloriously happy???? Something just for me! And I knew! I knew from the moment my fingers first hit the keys. (I’m glad I didn’t delete my answer.) Having my book published! That would do it! That would make me deliriously happy, sing-out-loud happy, dance-in-the-rain happy. It would make me whoop-to-the-moon happy. Seeing my book, “Prisoner Without Bars: Conquering Traumatic Brain Injury,” in print on the shelves next to Lee and Bob Woodruff’s

“In An Instant,” Su Meck’s “I Forgot To Remember,” Gabriele Gifford and Mark Kelly’s “Gabby,” or Trisha Meile’s “I Am The Central Park Jogger” would make me gloriously, over-the-top happy. I bet you’d hear me whooping all the way to Nova Scotia and all parts in between.

In the meantime, I can be very happy when I finish writing a really good blog post (like this one), and folks stop by to read it, offer comments, and share it with their friends. Yep, that would make me happy too … but not as happy as a book contract.