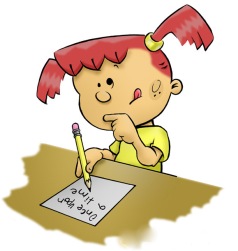 To say that I’m a planner would be an understatement. I plan everything in my life. I always knew I wanted a second baby – and that too was planned. On June 18, 2013, we found out we were pregnant again. I was so excited. I had visions of what life was going to look like with two babies. As my due date drew near and we found out we were having a second boy, I visualized what life would be like around my house. The craziness and chaotic atmosphere of two little boys running around elated my heart. I told my husband all the time that we truly hit the jackpot.

Fast forward to February 18, 2014. I went for my last prenatal visit. This time it was different though. My blood pressure was running slightly high. My OB-GYN told me to check into the hospital because I was having the baby that day. But wait! That’s not how the plan was supposed to go. My son was scheduled to be born February 19th via C-section. I walked out to my minivan sobbing and called my husband at work. I met him at home where I packed my bag, and we were off to meet our second son.

It was hard to wrap my brain around the way things were going to look at home. My son was coming a day early, so I wasn’t quite as prepared as I thought. I recovered quickly from my C-section, and I was home by February 21st. The first week went smoothly. He was such a happy baby – a great baby.

On Wednesday, February 26th, I woke up with a headache. I remember being in my bedroom, and I felt like a bomb was exploding in my head. I called my husband into the room. He told me to lie on the bed. I just kept repeating, “Why won’t the pain go away?” We suspected that it was from the spinal anesthesia, so we called my OB-GYN. She instructed us to get a CT scan immediately and check into the delivering hospital. The CT scan came back “unremarkable.” They pumped me full of magnesium, which is the protocol for high blood pressure. They released me on Thursday afternoon. I felt completely normal again. That night was uneventful.

Friday February 28th was the day that my life changed forever. I woke up and noticed my vision was a little blurry. I took my blood pressure, and it was high. I lay in the bed. It all started happening as it did before. I felt like there was an explosion in my head. My neck became extremely stiff. Pain radiated down my spine. It seemed like my husband was moving in slow motion, and I felt like I was dying. He rushed me to the hospital again. My last memory of that day is walking through the hospital doors. I wouldn’t have my next memory for at least a week.

My next memory was being in a hospital bed with a bunch of tubes hooked up to me. I remember it was very hard to talk, so I had to write everything. Doctors would come in and ask me random questions, like “What day is it?” and “Who is the president?” This is when I learned what happened to me – a post-hemorrhagic stroke due to post-partum eclampsia. I had had a major brain bleed, and the left side of my body was not moving. I had just had a craniectomy. Those tubes in my mouth were a breathing tube and a feeding tube. I was in the ICU.

The ICU was trying to give me enough therapy to get me transferred to a rehab hospital. After 6 days, I was transported by ambulance to an inpatient rehabilitation facility. Luckily, I was at the best rehabilitation center in the state. They had to get me in and out of the bed using a sling. I was completely helpless. Everyone kept telling me, “Cheri, look to the left.” I had severe left neglect. My brain wouldn’t allow me to see things on my left side.

The hospital started therapy immediately. Therapy became my new job. Most days were the same. They would come get me in the morning, put me in a wheelchair, and whisk me off to the gym to do therapy. I made friends quickly, and I would introduce myself with “I’m Cheri, and I should not be able to say about myself that I’m 37 and survived a stroke.” I learned at the hospital that your mindset is your “golden ticket.” I quickly changed my mantra to “I’m Cheri. I’m 37 years old. I survived a post-hemorrhagic stroke, and I will walk again one day.”

I maintained a positive attitude. Sure, it was hard. I was away from my family and could not envision what my life was going to be like. Was I going to be able to take my boys to the park like I thought? This was a hard feeling to overcome.

On day 27 of 30 at the rehab hospital, I began to take my first steps. I had outgrown my sling, and I began transferring myself out of bed and onto the wheelchair on my own. Everyone told me I was making improvements very quickly. I told them I was going to be the fastest person they had ever rehabbed. By the end of therapy, I was walking. It was a miracle. I was a miracle!

On April 4th, one week before I was to be discharged from the hospital, I got the best surprise ever. My mom and sister and two nephews drove from Texas to see me for the weekend. It was great. My sister gave me a pedicure and a manicure. On April 5th, I got the first movement in my left arm. I attribute it to their coming to town.

On April 11, 2014, it was time for me to be discharged. My husband came to pick me up, and I broke out of rehab with my husband driving the getaway car. I was on my way home to see my boys.

I was scared at how life was going to be at home. I was still in a wheelchair. I could not use my left hand. Things went surprisingly well. We began to create a new normal, but it was great to be at home. I had outpatient therapy 3 days a week. More movement came to my left arm, and I got cleared to walk at

home with a cane. This gave me much more freedom.

Now I was right back where I belonged. I felt like I had missed out on so much. Things are definitely different than what I thought. My mom always told me life is what’s happening when you’re making plans. I intend to continue to make strides. I will settle for nothing less than who I was before. I have my family and friends to thank for that. Through all of this, I realized I became a person who lives in the NOW and not in the PAST or the FUTURE. And I now know that even the best plan can be broken.

Disclaimer:
Any views and opinions of the Guest Blogger are purely his/her own.

Rising Above the Hardships